← Scottrade Is Latest St. Louis Company To Be Sold
Update–Fugitive Shot 2 Men Again, While They Were Already Wounded, On The Ground → 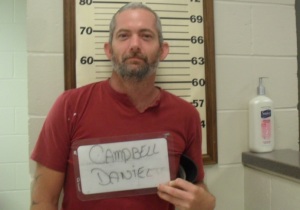 (Licking, MO) — A manhunt is underway in Texas County after a deadly shooting. The shooting occurred at around 7PM Tuesday night near Boiling Springs Road and Jack Tar, southwest of Licking. The sheriff’s department says one man was killed, another is in critical condition.

The Sheriff’s Office said in a news release that investigators are looking for Daniel Campbell, 39, who is now charged with first degree murder. Deputies believe he may be driving a 1997 black Ford Ranger with Missouri license 6UX 841. Campbell is considered armed and dangerous. Detectives also say the suspect and the victims are “familiar” with each other. The man who is in critical condition was airlifted to a Springfield hospital. Names of the victims have not been released.

Posted on October 26, 2016, in News. Bookmark the permalink. Comments Off on Texas County Sheriff Conducting Manhunt For Murder Suspect.

← Scottrade Is Latest St. Louis Company To Be Sold
Update–Fugitive Shot 2 Men Again, While They Were Already Wounded, On The Ground →